Like a lot of folks I am never without a book or two that I am into. We all have our own tastes, but here are my most recent reads and my stab at a review or two.

"THE GAME" by George Howe Colt - Terrific read for me. All about the Harvard Yale game in 1968. My era, my place. Loved it.

"THE DEER CAMP" by Dean Kupiers - Dysfunctional dad and sons come together at a hunting camp.  Also hits home to me. Probably not for everyone.

"FOOTBALL FOR A BUCK" by Jeff Pearlman My ear, all about the USFL.

"TELL YOUR CHILDREN" by Alex Berenson - I love Berenson's work, and this non-fiction effort has the potential to impact our society as he clearly documents the dangers of marijuana proliferation

“Saban, The Making of a Coach”

“Saban” is a biography of the life and times of Nick Saban, one of America’s most successful football coaches from his early days growing up in West Virginia to the present where he is the head coach at the University of Alabama. The book’s basic theme is centered upon the extraordinary drive and single-minded purpose of this man in the pursuit of exemplary performance on the field, often to the exclusion of his family and other aspects of his personal life.

Author Burke follows the logical chronological sequence of Saban’s life from his adolescent days in the 1960’s in the hardscrabble coal mining regions of Appalachia through his numerous stops as a maturing coach all the way to the present day where he sits on the pinnacle college football coaching. Despite a string of unprecedented successes at almost every one of his coaching positions as he rose through the ranks, in many ways Nick Saban remains the same retiring and insecure person he has always been. The persuasive influence of a stern and demanding father have always been apparent. Hard work, an all-reaching attention to detail, and exhaustive determination have been the fundamental underpinnings of his professional accomplishments. Shy and reserved by nature, he has always felt more comfortable on the practice field than on a podium.

As an undersized but over-achieving high school and college player Saban constantly beat the odds that were stacked against him. His coaching career took him from modest beginnings at his alma mater, Kent State, in the tiny Ohio Valley Conference all the way up the ladder to the largest and most prestigious football powerhouses. Everywhere he went he demanded and extracted perfection from all aspects of the programs he ran, including the academic performance of his players. Strangely, winning championships on-the-field success consistently emerged as almost secondary goals. Just as his team’s accomplishments became apparent, he found himself restless, unhappy, and unappreciated. Inevitably he began to listen to offers from and was soon off another jobs. His conduct often bordered on the disingenuous when he openly denied interest in other programs while already in conversations with them. It was only after he tried the NFL with the Miami Dolphins and moved back to the college ranks that he has seemingly settled with the Crimson Tide where he has been for ten years, by far his longest stay anywhere.

While this book talks around the Nick Saban’s inability to find contentment in almost every chapter, it never does quite address his central troubling issue: is it all worth it? Are the plunders he has earned from his complete and total obsession with football, which come at great expense to his personal and family life, worth the price he has paid? He has amassed physical wealth and riches far beyond his greatest expectations, but he still cannot sit on the beach for more than a few hours without the compelling desire to retreat to his office and study game film or even break away from this team long enough to watch his own children grow up. The only way he has managed to preserve any kind of a married existence is through the graces of his exceptional wife, Terry, with whom he shares a unique partnership. Nick Saban has hardly sold his soul to the devil, but his fixations have necessitated him to forgo many wonderful aspects of a normal life.

Much is made during the read about his friendship with Bill Belichick, whose own obsessive compulsive behavior at the very top of the NFL, may well be Saban’s counterpart in the professional ranks. Both are clearly the most successful coaches of their era, perhaps of any era. Yet both sublimely ignore almost everything in lives outside of football. A fundamental question remains: can ultimate success as a football coach only be reached by sacrificing almost everything else in life?  After reading “Saban” the conclusion would have to be “yes”.

Overall, I enjoyed this book mostly for the chronological history of this great coach, college football insights, and for obtaining some sense of what sacrifices are necessary to become a truly outstanding head football coach. It is well worth the time for an enthusiastic football fan, especially for alumni of the many schools Nick Saban jilted on his rise to stardom. 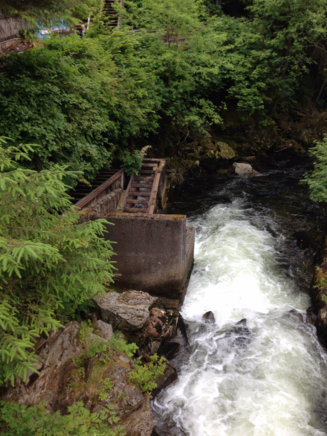 ​MY READING AND REVIEWS