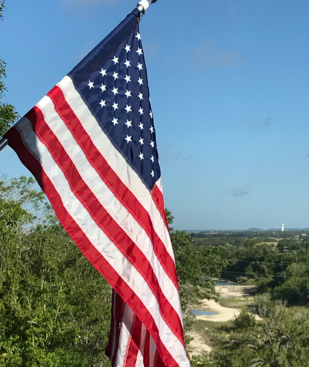 Am I Right About This?

I have been accused by my wife, usually not more than once daily, that I am a grumpy old man. While I am convinced that perception of my personality in such a way is more fiction (to use a writer’s term) than fact, I suppose I do have my good and bad days. Yesterday, however, we had one of two or three wonderful days a year here on the Texas gulf coast without heat, humidity, or overcast. It was gorgeous blue sky, bright sun, and seventy degrees. I felt good as I was off to a local copy shop. High tech notwithstanding. I still find it beneficial to see my writing on paper before I dare release it for publication.

My intent was to simply get rough copies of two books that will be published shortly. “The Master of Deceit”, is the second novel in my Nelson Family Saga series totaling about 250 pages of copying, and “Tackling the Perfect Pro Football Coach” my second non-fiction book about NFL head coaching, which was about 100 rough copy pages. I walk in the store with a flash drive and walk out with 350 pages under my arm. I would have printed them at home except that ink cartridges for my $50.00 printer would have cost me several hundred dollars. I have done business with this particular store for years and have alwys been satisfied with their prompt work and courteous service. Until now.

As is normal procedure I hand my flash drive to a cheerful young man behind the counter. He pulls it up on a screen, and I show him the two files I need. Almost immediately a humongous copier across the room starts regurgitating my two books. After a couple of minutes when it stops, I pull the copies out of the bin. The pro football book – perfect. The novel – perfect, except the second half is missing, which is a bit of a problem. My original clerk is busy elsewhere so another well groomed, college age young man listens to my problem, and once again the copy machine erupts and after a few minutes, I have the second half of my novel, well, almost. I am now short 19 pages in the middle. This time the young man is businesslike, not unpleasant, but decidedly not friendly. I begin to feel like somehow this mess is my fault. Not to worry, he tries again, and finally we succeed. In fact, he recopies the entire second half of the book, including the missing 19 pages.

I am a bit frustrated by this inefficiency, especially when it seems somehow it is my fault, but it is a beautiful day. My attitude does tip downward a bit, though, when he charges me for the full 500 copy pages he printed. I only needed 350.When I bring this to his attention, he argues that was what I told him to do. Reluctantly, he adjusts my bill, slightly. At no time does he apologize, thank me, or make any attempt to explain his screw up. I walked out of there feeling somehow guilty about the whole thing. I probably won’t be back.

What is so troubling about this otherwise insignificant interaction is not the screwed-up copying, or even the overcharge. It is the attitude of this young man, who was obviously not been taught that the customer is always right, especially when he is! He displayed absolutely no manners or courtesy to, yes, an older person, who is a regular customer. Unfortunately, I believe that his rude conduct has become more the rule than the exception and is symptomatic of where our society is headed. The screen tap generation has never been schooled nor do they care about interpersonal relations, which is sad indeed.

Does anyone agree with me or I am I making too much over nothing?

I am hardly so naive to believe that I can change the world, even in a little bit. A tide of change is sweeping over this country that is absolutely unstoppable. The final vestiges of marijuana and cannabis resistance are falling more quickly than the Berlin Wall back in 1989. Many states have made recreational use lawful, and even in those arch conservative places like Texas, hardly anyone is deterred anymore by the fear of being arrested. Proponents unabashedly claim that it is not harmful, and in fact, it should be liberalized because of all the wonderful health derived benefits. They are riding thin, unsubstantiated hollow claims of health benefits and totally ignoring many of the much more sinister implications of use of the drug.
You hear the argument that it is no worse or habit forming than alcohol, which is universally widespread, so bring on the weed. That argument makes no sense at all. Booze has been infused in the fabric of US society, good or bad, since the 1920’s. It simply never could be eliminated. The evils of alcohol are well known. How many folks die on our highways every year due to drunk drivers? Thousands. So, let’s bring on high drivers, and see what happens.

I love to read, and Alex Berenson is one of my very favorite authors.  He recently published what should be an impactful book on this very subject. “Tell Your Children” is an incredibly comprehensive analysis about the realistic connection between mental illness and violence with marijuana. His book is extremely well researched and definitively documents the association of increase schizophrenia in marijuana users, especially among young people and the off spring of pregnant women.

People need to take notice Alex’s wonderful and very “sobering” straight facts about this new wave washing over us. Unfortunately, I believe that the master writer, Mr. Berenson, made an unfortunate choice in the presentation of his book, which looks and reads like the dry, stuffy textbook that it is. Had he sensationalized and dramatized a bit, perhaps more people would have taken notice. Sad to say, a little more marketing acumen might have eventually saved lives.  I applaud his fantastic effort. I only wish it had been presented in a way more people might have read it. Selling any idea, particularly one that is not in favor, requires convincing above and beyond just a regurgitation of the facts, no matter how accurate they are.

The Devil You Know

As the saying goes “The devil you know is better than the devil you don’t.” We have now had the pleasure of experiencing a Donald Trump administration up close for two years. Integrity, candor, and civility have always been precious qualities for me in evaluating a candidate for public office. It is precisely such character traits that I found lacking in Mrs. Clinton and swung me over to cast my ballot for the President. While on the campaign trail, of course, he also demonstrated a profound lack for any of those attributes which I hold dear. Ultimately, I gave him the benefit of the doubt, falsely assuming the man was skillfully pandering to his base. Once in office we would see a kinder, gentler, more tactful leader. He would ease off and round up the rest of the fence sitters that had held their noses and marked an “x” next to his name.

Not so fast Hillary Haters. Unfortunately, what we saw is exactly what we got. If anything, the Oval Office has emboldened the man further, which is hard to imagine is possible. He runs rough shod over foe and friend alike. Dare to differ with him and be prepared for a 10 EEE square in your butt. Form does matter. Although, style, aside, unlike most on the Left, we must recognize that just because Donald wants it, it is not automatically wrong. He has certainly made headway especially in economic areas. I will give him credit for trying to do something instead of being paralyzed by the bureaucracy like his predecessors. Let him rant on. The shutdown is his in-flashing neon lights. No one else. His name is on the door. The irony is that, if only the dumb Democrats used their heads, they could extract huge gains from him, just by negotiating now. He is extremely vulnerable and desperate to give. The other side is so incensed with the mere sight of him that they are blowing a tremendous chance to forward their own agenda. (No surprise there, of course.)

Sadly, we should have known about Trump. He is no different now than he ever was. I just finished a fascinating read about the defunct United States Football League (USFL), which came and went over a three-year period in the early 1980’s. While I would not recommend “Football for a Buck” by Jeff Pearlman, unless you are a bona fide pro football fan, the unilateral, impulsive, selfish and outright short-sighted actions of one Donald Trump that destroyed that league were on display for all to see. Why didn’t we take notice? Trump, who bought into the league late, barged in, blatantly ignored league polices and the wishes of the other owners. He lied about his motives, which really were only focused on his getting a team in the rival NFL. Perhaps most surprisingly, he completely blew a strong and winnable anti-trust lawsuit against the NFL that might have saved the league. He displayed remarkable incompetence during that process. Where was our wonderful deal maker? Bluster and b.s. aside his pathetic true colors were vividly on display

The final chapter, of course, of the Trump Administration’s story is yet to be written. I am sick and tired of extremists from either end of the political spectrum. My fondest wish is that the Democrats find a reasonable and level-headed someone more toward the center to run in 2020. If so, I believe there is a good chance that we can send “dumpy Donald” back to his penthouse where he belongs.