They entered the office where the cartel lord stood and warmly greeted them with a smile and additional condolences.

In his element, Travis Nelson was an accomplished charmer and master manipulator of those he needed to support his business. On the other hand, he simply did not have time for those who were not in a position to help him. All he knew about this guy was that he owned a garbage company.

After glancing down at his watch, which was an insult in itself, Travis began by botching the drug magnate’s name - an incredible blunder. "I want to thank you, Senor err, Gonzalez, for meeting with us on such short notice. I know you must be very busy with your trash trucks and all." Matt and Pablo both winced

Other than a very slight flickering of his eyes, Rodolfo let things pass and only corrected his name. "Morales, Morales, Mr. Nelson, but please call me Rodolfo."

“Do you have connections or not? I can pay you well. Say a thousand or two if your connections are real. What can you do?"

If Rodolfo took offense at this desperate man’s "generous offer", he did not let it show, but the molten lava of his inner volcano was surely bubbling toward the surface. 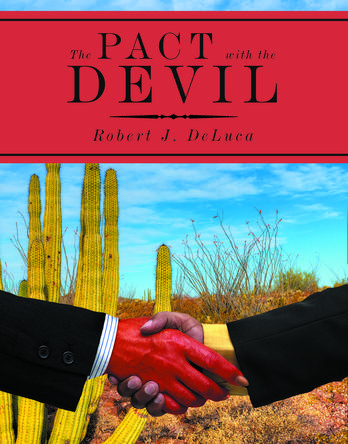 When a man, who has everything and thinks he knows everything, sits down to play poker with one of Mexico’s most powerful and ruthless drug lords, the chips are stacked against him. Wildly successful, Travis Nelson is a highly respected, and universally admired businessman in Houston Texas, who owns a residential development company. Handsome, articulate, and insatiably driven Nelson runs in elite social circles and displays all the trappings of copious apparent wealth. Two grown sons have moved on, and while a trophy wife and college age daughter remain at home, the façade of his “perfect” family is wearing woefully thin. His company is experiencing an unprecedented cash crunch, which has brought heat from his lenders. Coincidentally, the Los Toros drug cartel in Durango, Mexico needs new avenues to distribute contraband across the border. A brash US educated cartel member concocts a scheme to drug lord, Rudolpho Morales, to use Nelson’s border properties in their smuggling operations. Nelson, who has never let ethical issues deter him, quickly strikes a deal, which promises him the cash he desperately needs.

The cunning arrangement works well for a while but sours just as Nelson’s personal life falls utterly apart. When the enraged drug lord feels he has been deceived, Nelson disappears without a trace. His sons discover that he is now in Mexico and despite their disagreements with their father, undertake a daring rescue attempt south of the border. The novel concludes as fate intervenes when Nelson impulsively commits an act of bravery that leaves Morales greatly indebted to him. But can the enormity of this incident overshadow the pent up bitterness of the broken promises in the failed Durango Deal?

SAMPLE FROM THE BOOK

"Can any story involving a deal or pact among devils have a plausibly happy ending? Possibly not. Robert J. DeLuca, however, has created a surprise, bittersweet conclusion that should satisfy
many readers of The Pact with the Devil."