Few periods in American history have seen the upheaval  of our exiting culture like the turbulent decade of the 1960’s. An incredible series of world and national events dramatically transformed us from a people rooted in conformity and comfortable conservative values to a society imbued with skepticism and riding a new wave of liberalism. There was no place where these new ideas took hold more quickly than on the college campuses across the nation. Just think about what was happening: the moon landing, the Beatles, Vietnam, feminism, the Great Society, free love, miniskirts, civil unrest, Cuban missiles, Fidel Castro, Martin Luther King assassinated, JFK assassinated, RFK assassinated, Elvis, Woodstock, Cassius Clay, the Beach Boys, and a whole lot more.
This book recounts the true story tracing the lives of young men who at the start of the decade guilelessly enter Brown University, one of the most liberal universities in America. Charlie Pigott, Jerry Zimmer, and I sign up to become United States Marines before the Vietnam catastrophe had even become a blip on the radar screen. Our lives as ROTC students become more and more tumultuous as we strive to swim against the flood tide of anti-establishment sentiment. As our four years elapse, I chronicle many of the key parallel national and international events that stoke the turmoil. Yet, it is a story of fast friendships, boys becoming men, and college life in the 1960’s. It is infused with humor, love, determination, and rambunctious adventures as it becomes clearer every day that the ugly cloud of Southeast Asia is destined to seize our lives after graduation. .We are fun-loving, serious, naive, immature, and yet mostly dependable, all in one package. We study, play sports, party, drink beer, chase girls, horse around, fall in love, graduate, get married, have kids, and two of us die.

On 6/6/66, literally seconds after receiving our degrees, gold USMC second lieutenant bars are pinned on our collars, and we enthusiastically march off to infantry officer training in Virginia. Never does our resolve and commitment to duty waiver. All newly married, we process through an accelerated six month program designed to prepare us for the inevitable combat tour of duty to come. It is a bittersweet time as our new marriages struggle to coalesce despite the terrifying separation which is imminent. Charlie and Jerry go off to fly jets and with all their training do not arrive in country for another two years. I am in Vietnam almost immediately and return home thirteen months later before the others had even left the states. As a garrison Marine stationed in Philadelphia, I hear the catcalls and am even spit upon when wearing my uniform in public. ”Thank you for your service?” Hell, no. We are seen as a big part of the problem. 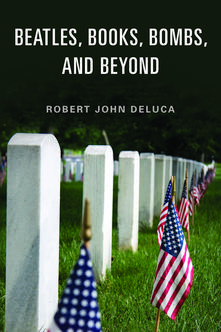 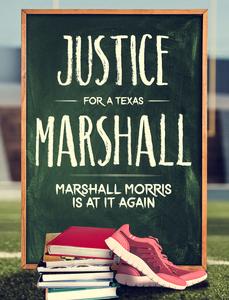 When a man, who has everything and thinks he knows everything, sits down to play poker with one of Mexico’s most powerful and ruthless drug lords, the chips are stacked against him. Wildly successful, Travis Nelson is a highly respected, and universally admired businessman in Houston Texas, who owns a residential development company. Handsome, articulate, and insatiably driven Nelson runs in elite social circles and displays all the trappings of copious apparent wealth. Two grown sons have moved on, and while a trophy wife and college age daughter remain at home, the façade of his “perfect” family is wearing woefully thin. His company is experiencing an unprecedented cash crunch, which has brought heat from his lenders. Coincidentally, the Los Toros drug cartel in Durango, Mexico needs new avenues to distribute contraband across the border. A brash US educated cartel member concocts a scheme to drug lord, Rudolpho Morales, to use Nelson’s border properties in their smuggling operations. Nelson, who has never let ethical issues deter him, quickly strikes a deal, which promises him the cash he desperately needs.

The cunning arrangement works well for a while but sours just as Nelson’s personal life falls utterly apart. When the enraged drug lord feels he has been deceived, Nelson disappears without a trace. His sons discover that he is now in Mexico and despite their disagreements with their father, undertake a daring rescue attempt south of the border. The novel concludes as fate intervenes when Nelson impulsively commits an act of bravery that leaves Morales greatly indebted to him. But can the enormity of this incident overshadow the pent up bitterness of the broken promises in the failed Durango Deal? 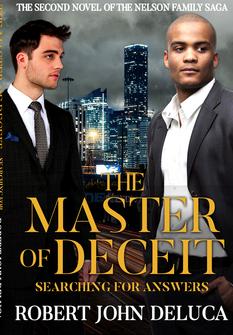 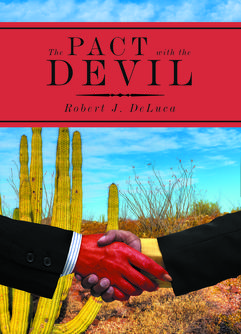 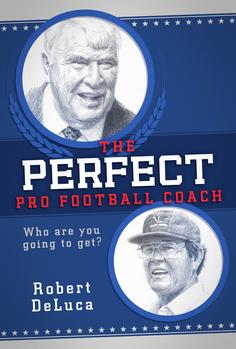 As a young child Dwight Lamar became driven to escape his dirt-poor upbringing in the projects of deep East Texas. Early on he notices that even the white folks in that depressed part of the Big Thicket did not have it as bad his African-Americans. Gifted with a sixth sense for scheming and making money, he organizes his buddies to steal hubcaps and resell them for a profit. Unlike many of his high school friends, who openly protest about racial inequities, Dwight Lamar realizes to get ahead in a white man’s world, he’d best be wise to their ways. He chooses to conform, not rebel, and eventually excels within the system. After graduating from Tulane in New Orleans, he spends time in that city refining his ways to compete in the business world. An unexpected opportunity occurs after Hurricane Katrina devastates the city, and he is able to shine as a part of the recovery team.

When two major government entities in Texas, which never got along, the City of Houston and Harris County, cobble together an unprecedented partnership (“SETUP”) to create affordable housing, Dwight Lamar is tapped to run the show. He proves to be extremely adept at manipulating his mixed bag of directors and readily curries favor from numerous powerful leaders Miraculously, the brilliant the African-American maestro even wins over the Hispanic community His managing group is delighted when he presents his plans for “Destination Diversity, a SETUP signature development where all the races will live in harmony right in their city. It is precisely what the city and county fathers prayed for when they established the SETUP..

Dwight Lamar never leaves anything to chance. Unbeknownst to anyone, he arrives at SETUP with master plan that will ultimately make him very wealthy. Publicly, he espouses fair play and champions the disadvantaged. Behind the scenes he cares little for anyone but himself and adopts ruthless tactics to move his plan along. He closely scrutinizes the contractors he hires to make sure they will “work with him” to falsify invoices and direct payments to companies he owned. He masterfully orchestrates the land purchase for Destination Diversity to direct a large sum of cash his way. In doing so, he incurs the wrath of an Albanian investor group in New York who will stop at nothing until he is tarred and feathered.

​It all might have worked just fine, except for one critical misjudgment. With Matt Nelson still struggling in the wake of his father’s embarrassing corruption, Lamar assumes the man will do anything for some work. Matt balks, however, soon after he starts work. Lamar fires him before he can quit. Matt has seen enough and decides to look into SETUP more closely. In fact, once his sister, Pam Nelson, becomes aware of Lamar’s treachery she blindly stumbles into the mess and creates enough ruckus that Lamar decides that she must be eliminated.

His pockets lined and his tracks covered Lamar vanishes to set up another life in another country and lay low until the next deal comes along. Oddly enough, at first it is only the Albanians that are looking for him. He was so clever in his deceptive ways that no one in Texas other than the Nelsons are aware of what he did under the table. The Nelson’s track him down and pay a visit to his new home with full intent of hauling him back to Houston. Abruptly, the tables turn, and they find themselves at the mercy of a vicious Mexican gang member with retribution on his mind. Can fate step in? This book is a sequel to “The Pact with the Devil” and the second book of the Nelson Family Saga.

Marshall Morris is a unique young man who has a penchant for the bizarre predicaments. It is the fall of his senior year at Justice High in southeast Texas. Once again, he will be a member of the football squad, which is predicted to have an awesome season. Unfortunately, hard-liner coach, Warren Wilson, decided long ago that Marshall will never be a good player and has relegated him to the bench. The narrow-minded coach is a confirmed bully, who plays favorites and has no time for hard working kids of average ability. When Marshall accidently discovers that the coach has agreed to accept a cash kickback from a college booster, he is determined to expose the man’s illicit intentions.

Marshall pursues the coach through a series of oddball and amusing situations. His plans are complicated when his best friend, Graham Brown, falls for the coach’s daughter. Jennifer Wilson discovers that she must now tiptoe carefully between her demanding father and new boyfriend. The epicenter of high school social life in Justice is Papa Juan’s, a local pizza joint where the pies are terrible, but the fun is max. Marshall’s best laid schemes to attract female attention consistently fail, until after a goofy incident in the school library he unwittingly hooks up with the brainiest girl in the senior class. An ugly incident at a beach party in Galveston with kids from bitter rival, Bayside High, heightens anticipation for a classic showdown on the gridiron.

In the final game Justice builds a big early lead, and a perfect season is only minutes away. Suddenly, everything unravels when the coach’s pet “star” running back quits on the team. In the scant remaining seconds, only Marshall and his friends can save the season. Do they succeed? Unfortunately, no one can save Coach Wilson.

A “successful” coach in the National Football League is one who simply: (1) wins, and (2) gets his team into the playoffs. It would certainly seem that NFL franchises, would have by now refined the critical process of finding a new head coach, but clearly they haven’t. Is it any wonder that so many new coaches are flops right out of the box?

Grounded strictly objective historical perspective, The Perfect Pro Football Coach provides an in-depth look at head coaching in the NFL. Using only hard quantitative parameters we have developed the Coaching Assessment Scoring Hierarchy (“CASH”) system to rank all of the 300 head coaches since 1960. There are more than a few surprises on the list. We closely scrutinize the careers of these the best and the worst and then blend them together to produce the “perfect coach”.

You can scan down our rankings to find your all-time favorite or see where we rate the current coach of your special NFL team.


We also apply CASH rankings to the selection of new coaches through a “Success Predictably Indicator”, which compares a new coach to those who have successfully gone before him. We ran “Success Prediction Indicators” for nine new head coaches in 2009, and were right in about two-thirds of the cases. We have forecasted the success of every new coach since including the new one with your favorite team. Visit our website http://perfectprocoach.com/