Few periods in American history have seen the upheaval of our culture, like the turbulent decade of the 1960s. An incredible series of world and national events dramatically transformed us from a people rooted in conformity and comfortable conservative values to a society imbued with skepticism and riding a new wave of liberalism. It was not surprising that these new ideas took hold first on the college campuses. Just think about what was happening: the moon landing, the Beatles, Vietnam, feminism, the Great Society, free love, miniskirts, civil unrest, Cuban missiles, Fidel Castro, Martin Luther King assassinated, JFK assassinated, RFK assassinated, Elvis, Woodstock, Cassius Clay, the Beach Boys, and a lot more.

This book recounts the true story tracing the lives of young men who at the start of the decade guilelessly enter Brown University, one of the most liberal universities in America. Charlie Piggott, Jerry Zimmer, and I sign up to become United States Marines before the Vietnam catastrophe had even become a blip on the radar screen. Our lives as ROTC students become more and more tumultuous as we strive to swim against the flood tide of anti-establishment sentiment. As our four years roll by, I chronicle many of the key parallel national and international events that stoke the turmoil. Yet, it is a story of fast friendships, boys becoming men, and college life in the 1960s. It is infused with humor, love, determination, and rambunctious adventures as it becomes clearer every day that the ugly cloud of Southeast Asia will seize our lives after graduation. We are fun-loving, serious, naïve, immature, and yet mostly dependable, all in one package. We study, play sports, party, drink beer, chase girls, horse around, fall in love, graduate, get married, have kids, and two of us die.

On 6/6/66, literally seconds after receiving our degrees, gold USMC second lieutenant bars are pinned on our collars, and we enthusiastically march off to infantry officer training in Virginia. Never does our resolve and commitment to duty waiver. All newly married, we process through an accelerated six-month program designed to prepare us for the inevitable combat tour of duty to come. It is a bittersweet time as our new marriages struggle to coalesce despite the terrifying separation, which is imminent. Charlie and Jerry go off to fly jets and with all their training, do not arrive in country for another two years. I am in Vietnam almost immediately and return home thirteen months later before the others had even left the states. As a garrison Marine stationed in Philadelphia, I hear the catcalls and am even spit upon when wearing my uniform in public.” Thank you for your service?” Hell, no! We are seen as part of the problem. Forty years will pass before any American citizen will thank me for my service.

Enduring open disrespect can in no way compare to the fate of Charlie and Jerry, who dreadfully never return and perish in their cockpits resolutely carrying out their assigned missions in their spectacular war machines over the jungles and seas of that God-forsaken place. Never does their resolve and commitment to duty waiver. Was this horrible price worth it? That dilemma has taken a half century to contemplate.​ 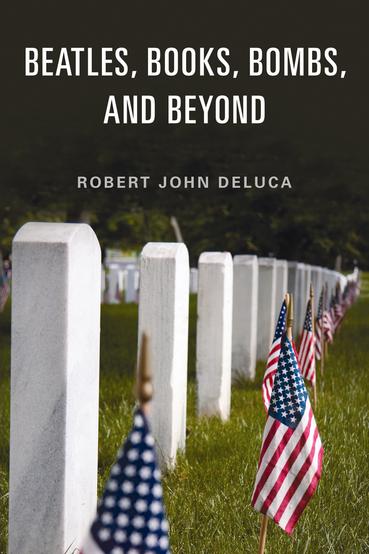 This true story recounts college life, fast friendships, and boys becoming men. There is humor, love, determination, and mis-adventure. They all serve in Southeast Asia, but only one comes home.